An Evening of Inspiration and Celebration of the Good News. Livestream
Mehr anzeigen

One Day 2020 - Kevin is speaking tonight! Live streaming round the world! 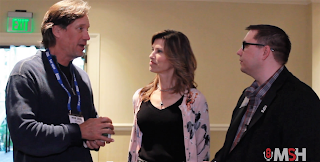 The New Movie AGAINST THE TIDE is available now. Enjoy this interview with Actor Kevin Sorbo about the film. VIDEO
Mehr anzeigen

Finding Your Summit - With Mark Pattison Interview with Kevin Sorbo

Kevin Sorbo: Actor, Director, Producer, Author who has been in 64 films discusses what it took to rise up from Mound, Minnesota to become internationally known for his television role as Hercules to having to overcome strokes that surged down into his brain.
Mehr anzeigen

Purpose Nation What does the guy who played Hercules have to do with science and faith? Join Brad Cooper's conversation (the other Bradley Cooper) with Kevin Sorbo to find out! Kevin is the host of a new documentary, Against the Tide, about the life and key apologetics arguments of Dr. John Lennox. This is a follow-up to our interview with Prof. Lennox in Podcast Episode 28. Hear more about Kevin's role in the movie, his take on Prof. Lennox, and his experience being a Christian standing against the tide in Hollywood. Also, get a glimpse of his upcoming family/faith-based movies and TV projects.
Mehr anzeigen

Von Anne - Dezember 04, 2020
Kevin Sorbo says global warming is a fear tactic similar to COVID Hollywood actor Kevin Sorbo, who is the narrator and host of the new installment of “Climate Hustle,” believes fear is behind the hysteria surrounding global warming. “Fear’s an amazing weapon in people's lives and they're using fear to control our lives as well,” Sorbo told The Christian Post of those who argue that the world will come to an end soon because of global warming. According to the film’s description, part two examines popular scientific claims and showcases Hollywood hypocrisy, financial corruption, media bias, classroom indoctrination, and political correctness. “Climate Hustle 2: The Rise of the Climate Monarchy” features leading scientists, politicians and policy experts. Full Article here
Mehr anzeigen

This Adventure StevenBonds Kevin Sorbo is interviewed about his past in TV & Film. We discuss heartfelt topics and awesome occurrences on set.
Mehr anzeigen
Weitere Posts